This European Commission’s third progress report on the reduction of non-performing loans (NPLs) shows that NPLs in the European banking sector have declined further as a result of continuing economic growth and pro-active measures such as sales of NPL portfolios.

The report, which consists of a communication and a staff working document, confirms that the Commission has delivered all elements of the Council’s July 2017 Action Plan on NPLs.

It furthermore explores the potential set-up of a European NPL transaction platform, where banks and investors could trade NPLs and NPL portfolios.

This Communication is a contribution to the European Council and the Euro Summit in inclusive format of 27 EU Member States in December, which will discuss progress in reinforcing the European Stability Mechanism and completing the Banking Union, including further steps towards a European Deposit Insurance Scheme, in line with the statement of the June Euro Summit in inclusive format. This progress should take place in parallel to progress in risk reduction.

As the Commission emphasised in its Communication of 11 October 2017, the Banking Union should be completed by achieving risk reduction and risk sharing in parallel, based on the Council Roadmap of June 2016. Risk reduction and risk sharing complement and reinforce each other. Progress in the various domains, including agreement on the backstop to the single resolution fund and a European Deposit Insurance Scheme, should therefore take place in parallel.

One of the key areas for reducing risk in the European banking sector is the further decline of non-performing loans (NPLs). The financial crisis and subsequent recessions led to more widespread inability of borrowers to pay back their loans, as more people and companies faced continued payment difficulties and even bankruptcy. This was particularly so in Member States that faced long or deep recessions. Consequently, many banks saw a build-up of NPLs on their books. High NPL ratios remain an important challenge, for some Member States in particular. High stocks of NPLs can weigh on banks’ performance. First, NPLs generate less income for a bank than performing loans and thus reduce its profitability, and may cause losses that reduce the bank’s capital. Second, NPLs tie up significant amounts of a bank’s resources, both human and financial. This reduces the bank’s capacity to lend, including to small and medium-sized enterprises. In turn, this negative effect in terms of credit supply also reduces the capacity of businesses to invest, hence creating a tangible effect on the real economy.

In order to reduce the high NPL stocks, the Union agreed on a comprehensive set of measures outlined in the “Action Plan to Tackle NPLs in Europe”, which is currently being implemented. In response to this need and going beyond the 2016 Council Roadmap, the Commission presented a dedicated and comprehensive package of measures in March 2018 to further reduce NPLs. The Council also agreed to revert to the issue of NPLs on a regular basis and to assess the progress made on the basis of a stocktake by the Commission. This Communication is the Commission’s third such progress report in response to the Council’s expectation. It is complementary to the Progress Report on the Capital Markets Union, also adopted today. 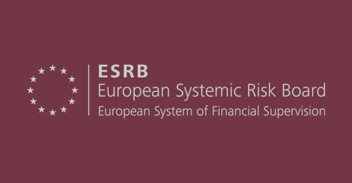