The Delphi Economic Forum conference with the main theme “Changing Global Dynamics – Greece Leading into a New Era” and supported by Qualco Group, was held on Tuesday, November 30th in a central hotel in Athens.

Stephan Mergenthaler, Head of Strategic Intelligence of World Economic Forum, was the keynote speaker of the discussion, with Alexis Patelis, Chief Economic Adviser to the Prime Minister, Olaf Kjelsen, Ambassador of the Swiss Confederation in Greece, Nikos Vettas, President of IOBE, Ioannis Bratakos, President of ACCI, Theodoros Trifon, President of Panhellenic Pharmaceuticals Union, Vangelis Karkaletsis, Director of the Institute of Informatics & Telecommunications (IIT) at NCSR Demokritos, and Orestis Tsakalotos, Executive Chairman of QUALCO Group, being numbered among the participants.

Marili Mexi, Advisor for digital work and employment policies, International Labor Organization, United Nations, preceded the event. More specifically, Ms. Mexi referred to the fortunate occurrence of the conference taking place, meaning the end of a remarkably difficult year due to the pandemic, and the beginning of a new, challenging era. She then proceeded with the important lessons that the pandemic has taught us so far:

Afterward, Olaf Kjelsen, Ambassador of the Swiss Confederation in Greece, highlighted the close social bonds connecting Switzerland and Greece, dating back to the Greek War of Independence until today. “Switzerland doesn’t follow an economic pattern that should be copied, but a model that could constitute a source of inspiration.”, as he stated, while referring also, to the sectors that his country is distinguished for:

Cyber-security, green practices, and technologies, digital reformation, research and technology, innovation, and decentralization of economic activity from big cities to the county.

Alexi Patelis, Chief Economic Adviser to the Prime Minister, stated that the greatest lesson that the pandemic taught to the Greek Government was that the ceasing of the state’s operations in times of crisis, under no circumstances should be considered as a sustainable practice. On the contrary, this crisis may constitute an opportunity for further growth. “Despite the pandemic having ceased several activities for a while, this can also be considered as an investing opportunity across sectors that needed to be reshaped.”, as he explained. The digitalization of the state has helped us go back to economic fundamentals, similar to those dated before the pandemic outbreak. “We managed to change the perception of our country”, we didn’t witness neither numerous bankruptcies in the market nor redundancies. On the contrary, we came across several employees leaving their employments voluntarily, seeking new ones.”

Nikos Vettas, President of IOBE and Professor at the Athens University of Economics and Business, highlighted the need to integrate young talent in the labor market, given that numerous exceptional employment positions have occurred due to the current era’s “challenges”, especially across the Pharmaceutical, Technology & Research, and Healthcare sectors. When it comes to the Healthcare field, Mr. Vettas emphasized the fact that the most critical pathogenesis in Greece lies in the lack of technological advancement in the particular sector. “We will need to invest more in order to enhance the efficiency of our healthcare system, as recently realized with the digitalization of the prescription process for our insured fellow citizens.” Summing up, he mentioned that it’s imperative to invest in reformations that will result in structuring a more competitive economic model in Greece while equipping us against possible future crisis.”

With regards to the digital transformation field, we have been falling short for several years, compared to the rest of European countries, as Ioannis Bratakos, President of ACCI stated. However, during the pandemic, Greece has made immense progress in the public sector. “Several revolutionary actions and changes have been made, making a meaningful, positive impact to our society”, as he stated while emphasizing the fact that there are more to be accomplished, especially when it comes to the cities’ transformation to “intelligent cities” or the legal system’s reformation. Finally, he concluded that the economic policy and the new development law are on the “right path” for a business to be entailed in development programs while characterizing the banking sector as the weak link of the Greek economy.

Then, Theodoros Trifon, President of Panhellenic Pharmaceuticals Union, declared that the Greek Pharmaceutical sector responded quite positively to the pandemic, given the availability of a powerful, local database, covering nearly 60% of medications’ needs in Greece. “Our response was sufficient enough, allowing us to proceed with exports to countries in need.” When it comes to Greece, it remains now to be seen whether the EU Recovery Fund will truly benefit both the national economy and the Greek patient.

“I am a researcher in the AI field.”: That was Vangelis Karakaletsis’, Director of the Institute of Informatics & Telecommunications (IIT) at NCSR Demokritos, initial statement, referring straight after, to the digital transformation landscape.

“The advancements in the sector are truly remarkable and now, we able to realize the real outcomes of the digital transformation in our country.” “We seem to be ahead of the game now that numerous opportunities have arisen. We witnessed it during the pandemic, and specifically through the technology supporting the vaccination process.”, he added. Businesses should invest in training and educating their workforce, either when it comes to technological advancements, such as AI, or programs, covering a wider educational basis.

Orestis Tsakalotos, Executive Chairman at Qualco Group, highlighted that the shortage of high-quality capital is one of the most crucial factors, stalling our country’s economic growth. “Although a bond of trust is being gradually shaped in this area, years and generations are being lost during the process due to the lack of trust when it comes to credit granting. So, in my view banks should strengthen this relationship of trust with the business world. At the same time, technology is here to solve various problems; however, I estimate that what needs to change is the overall philosophy behind it. In my opinion, a change in the scientific personnel is considered critical. The growth accelerating due to the pandemic makes us optimistic about the future” Mr. Tsakalotos stated. 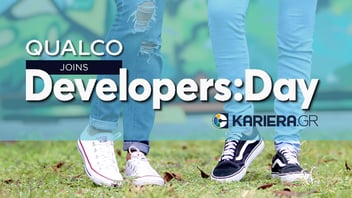 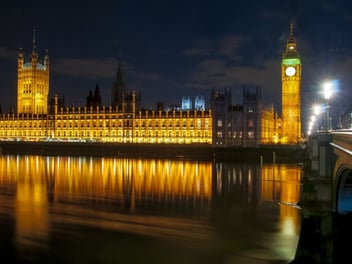 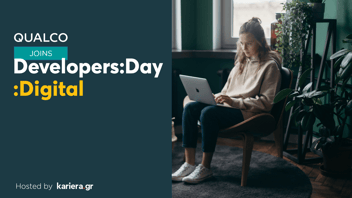